Trustees in the Community 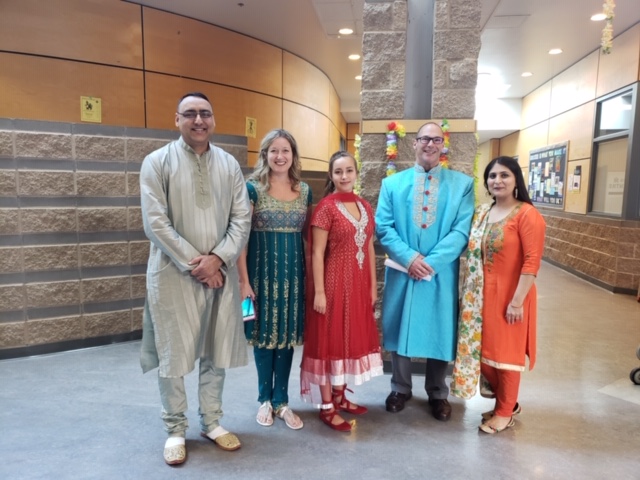 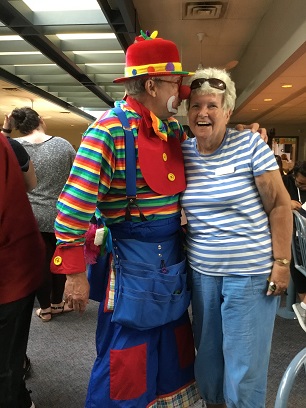 Trustee McNally and Mr. Clown attending "Bowling for the Hard of Hearing" 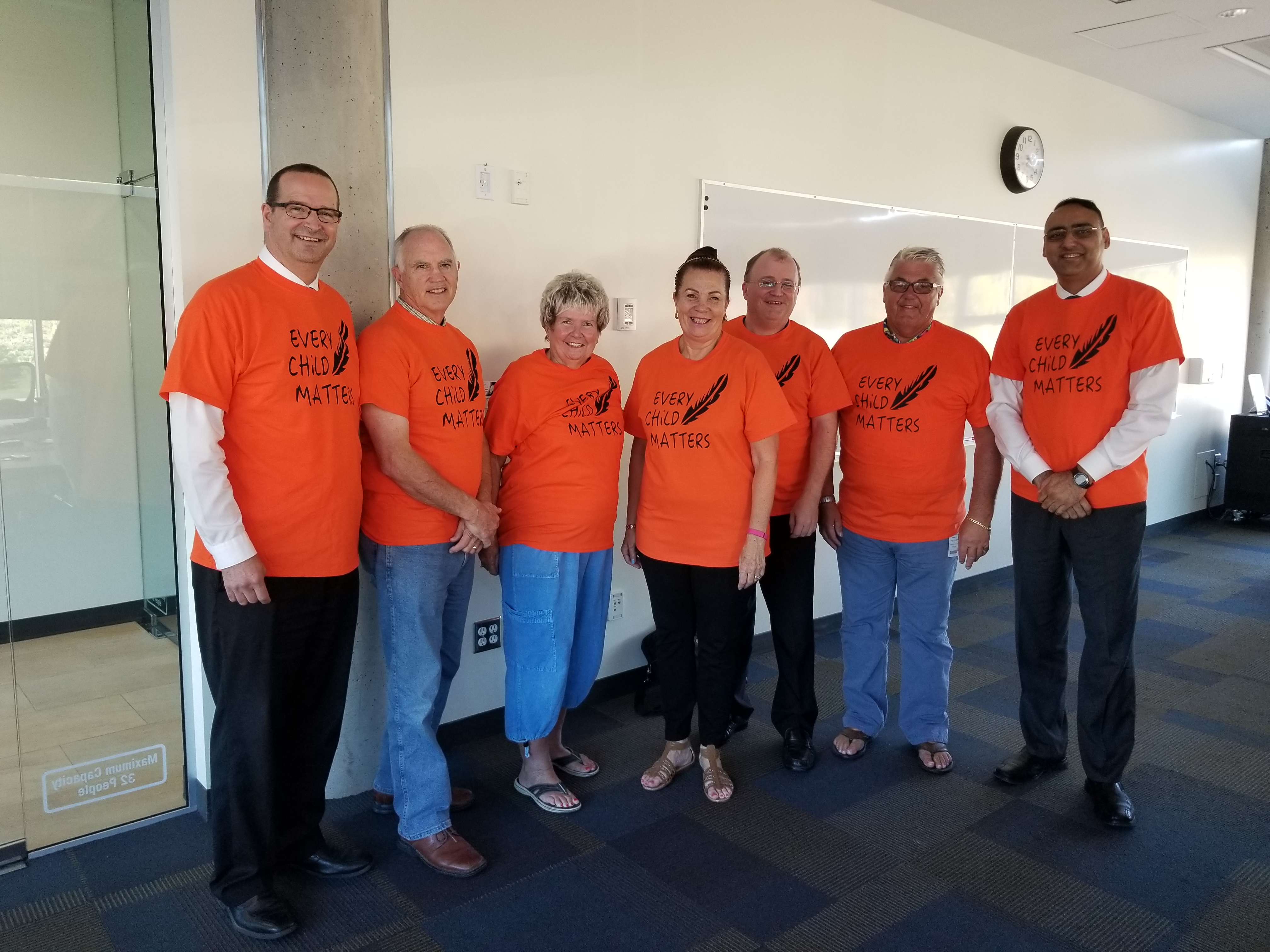 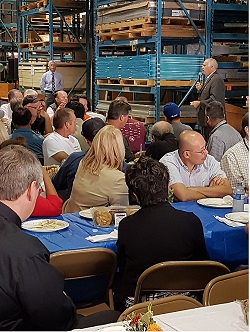 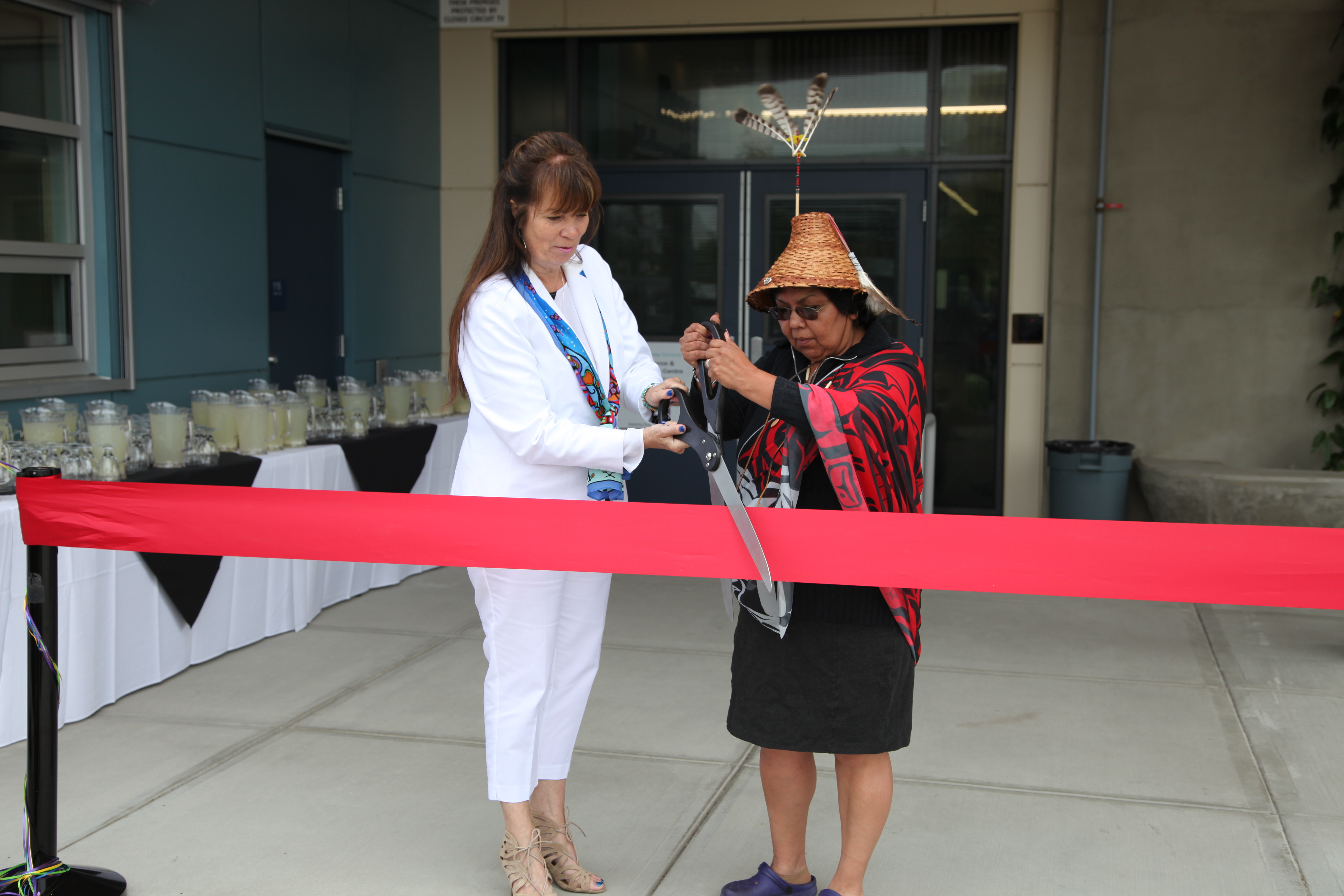 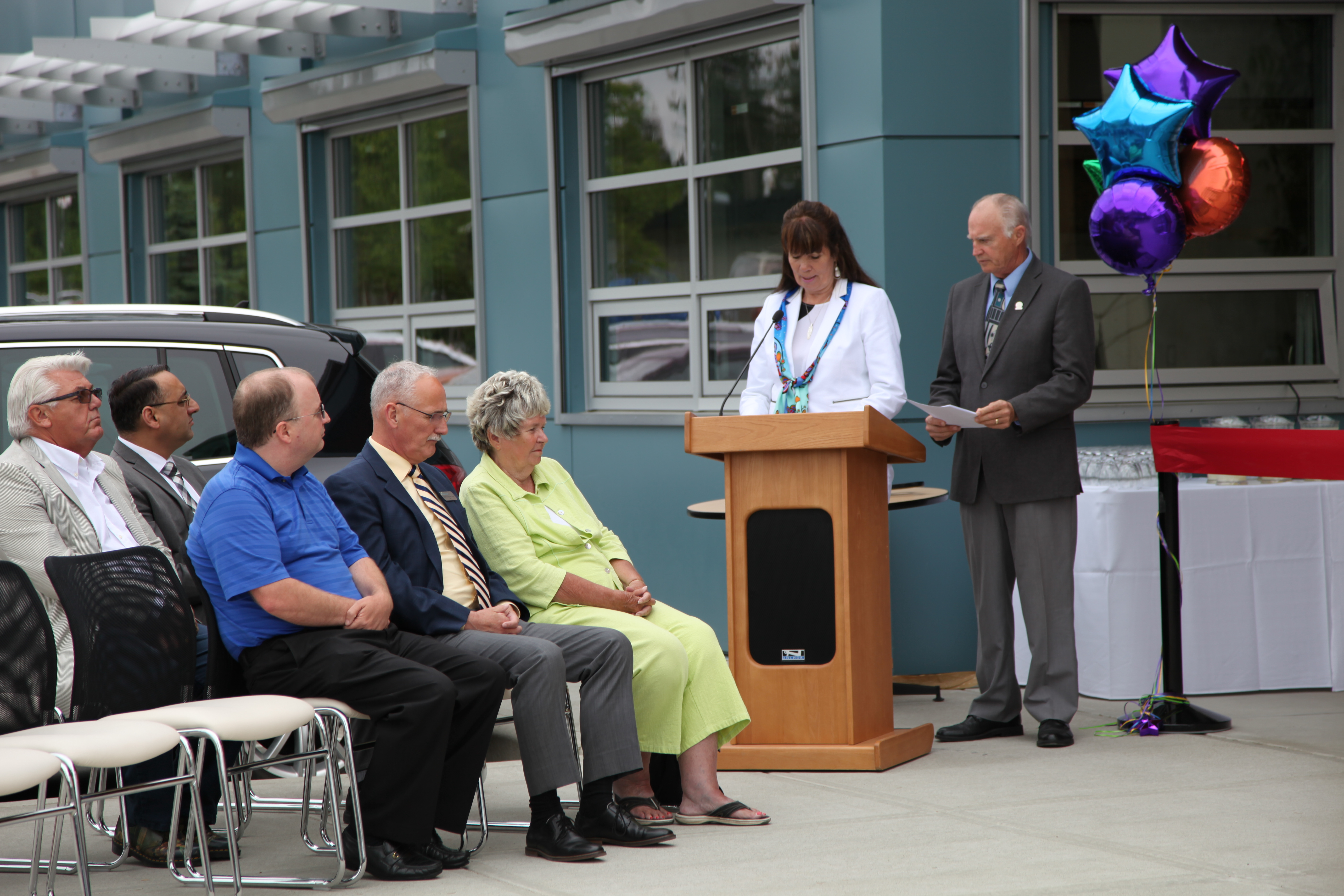 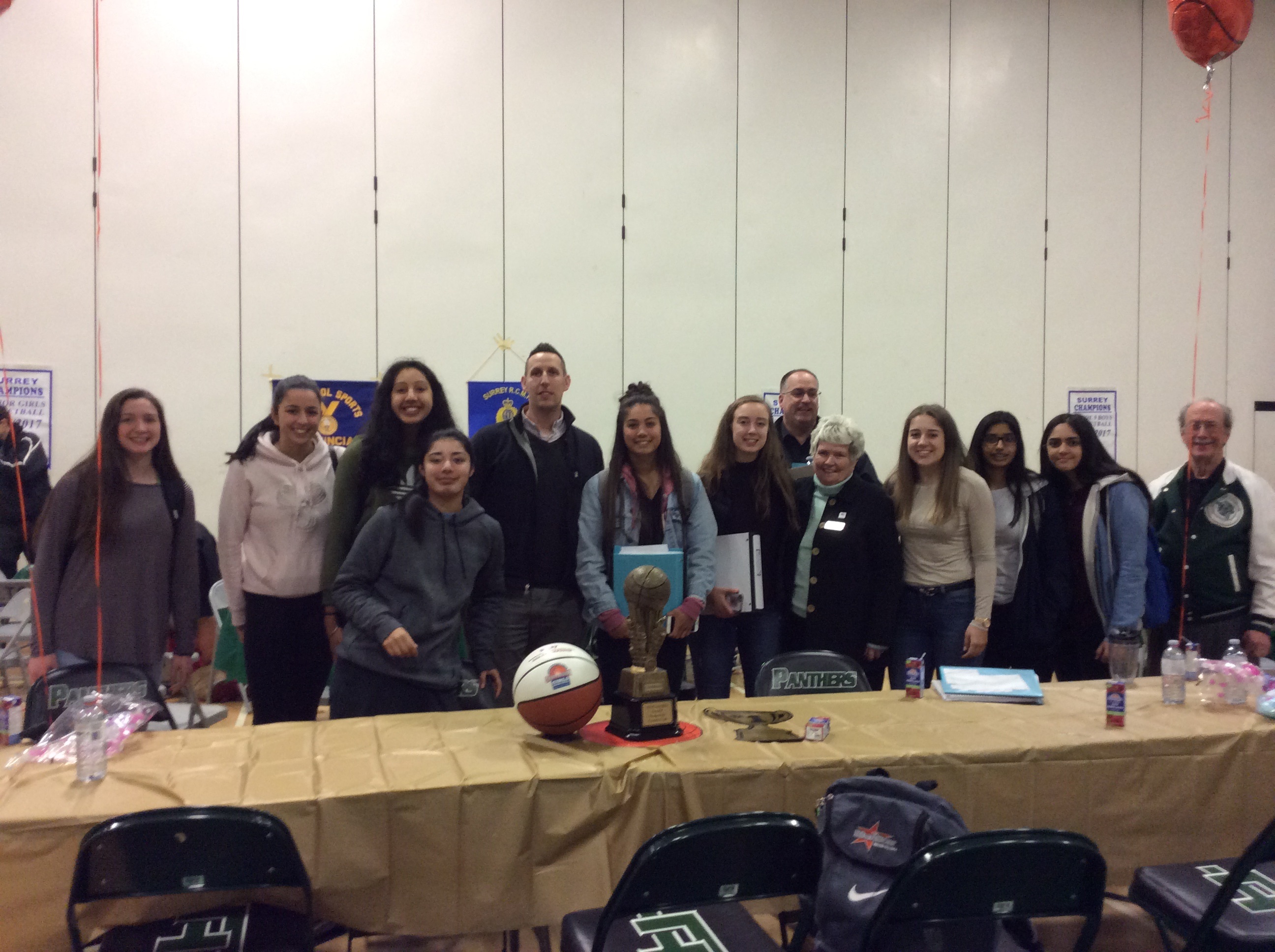 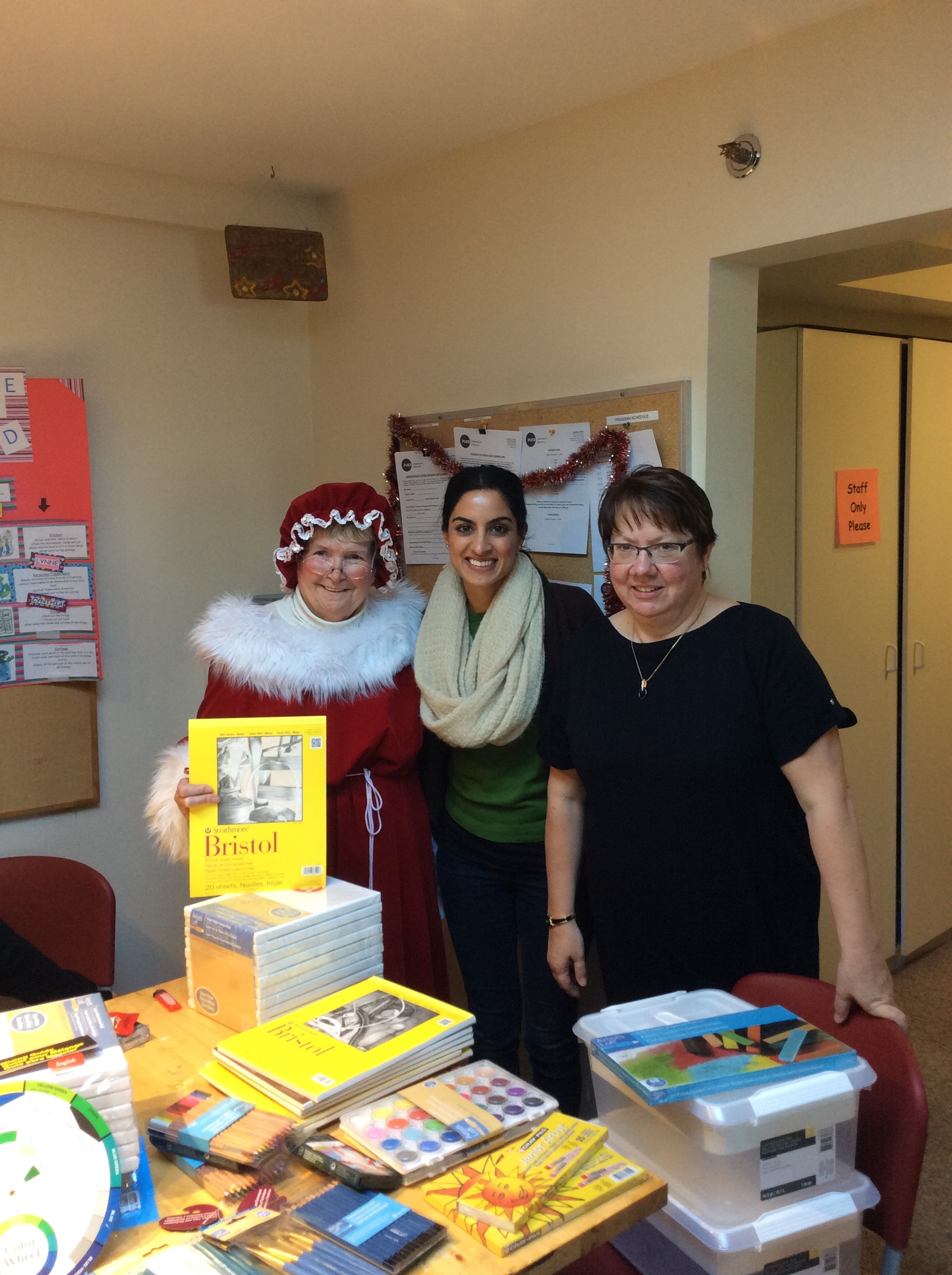 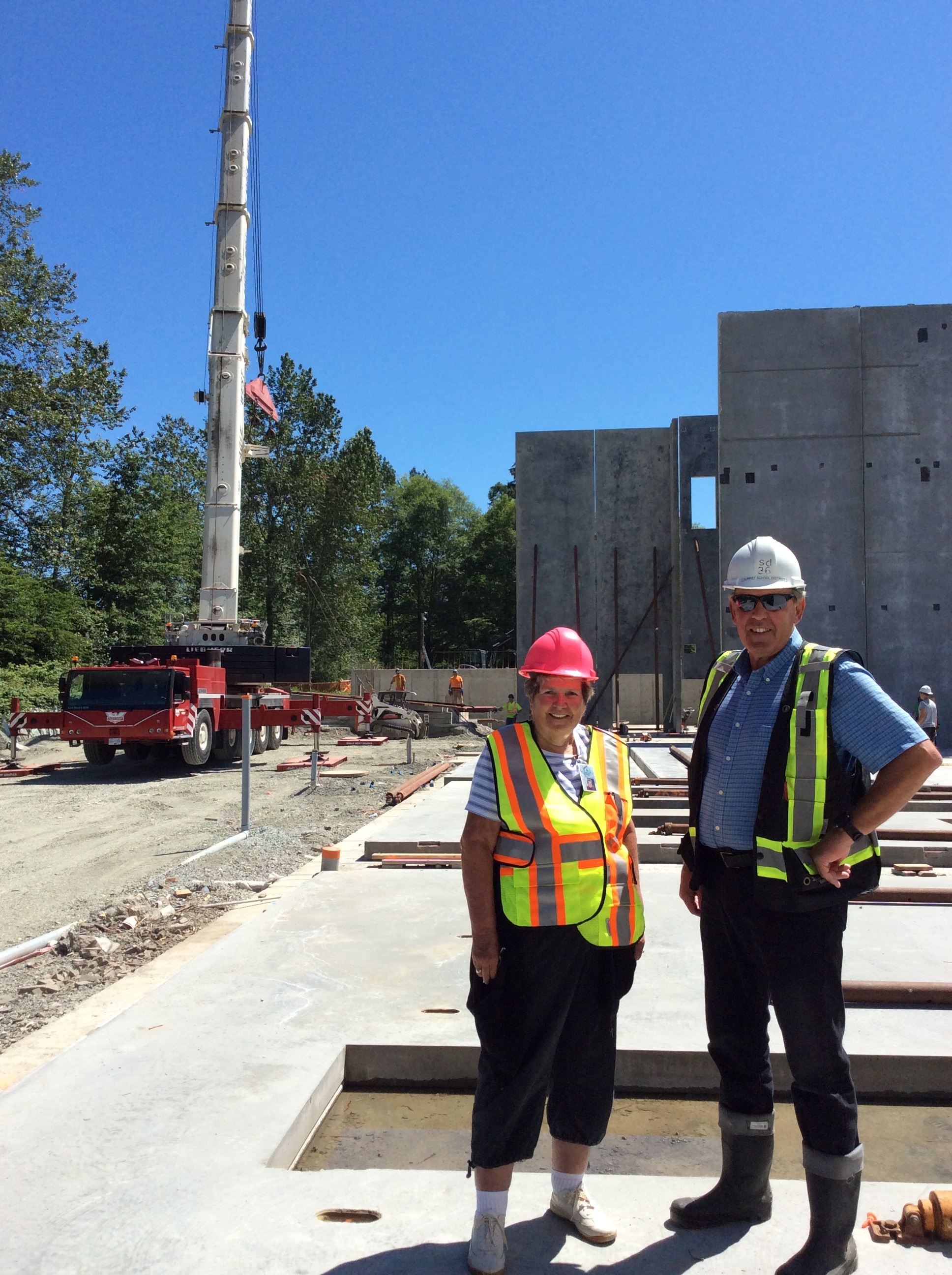 Trustee McNally and Dick Koch (Construction Coordinator) at Salish Secondary as the gym walls are raised. 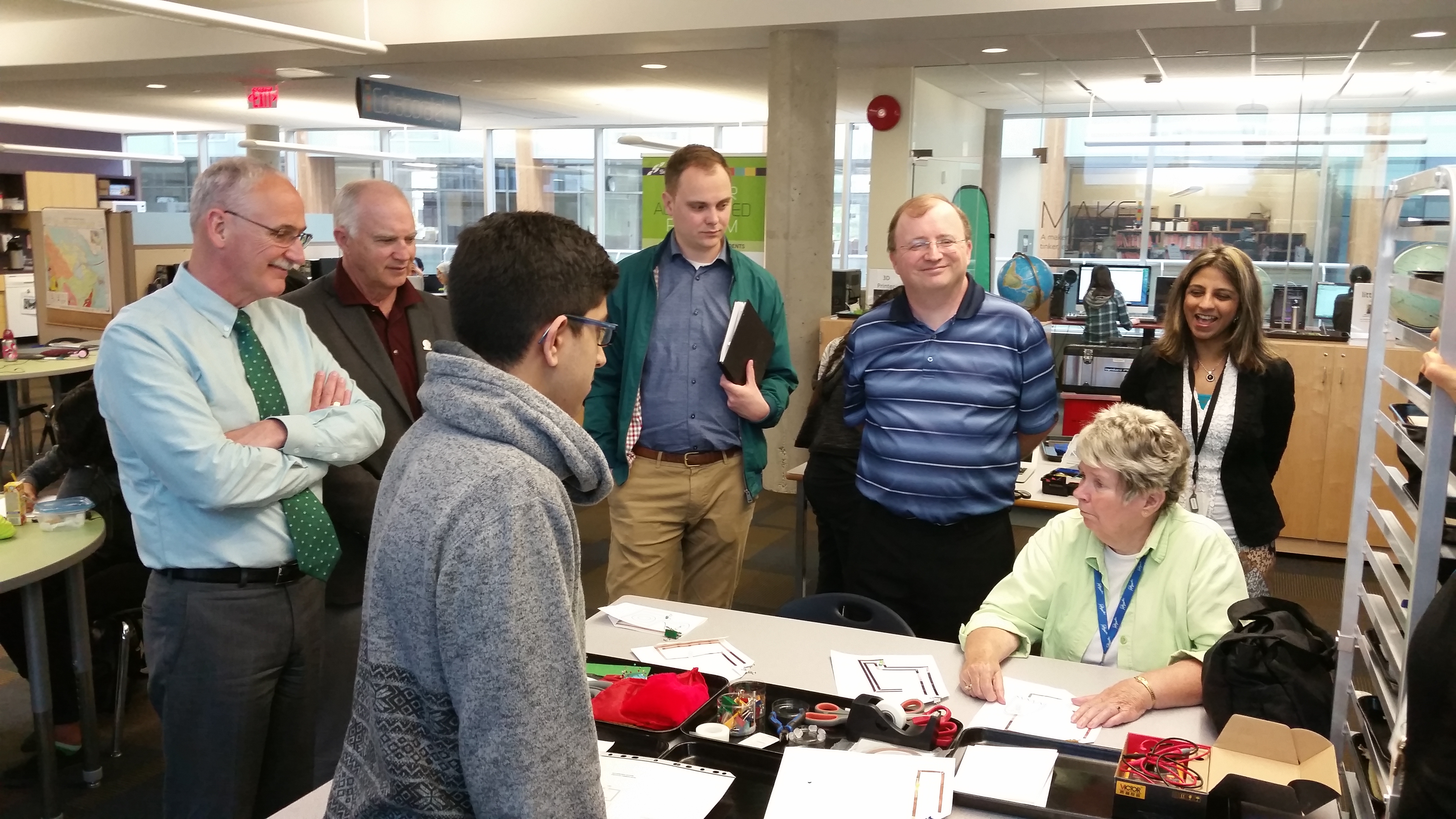 At their March 10, 2016 Board Meeting, the Board of Education had the priviledge of listening to six presentations from students regarding their Science Fair projects. 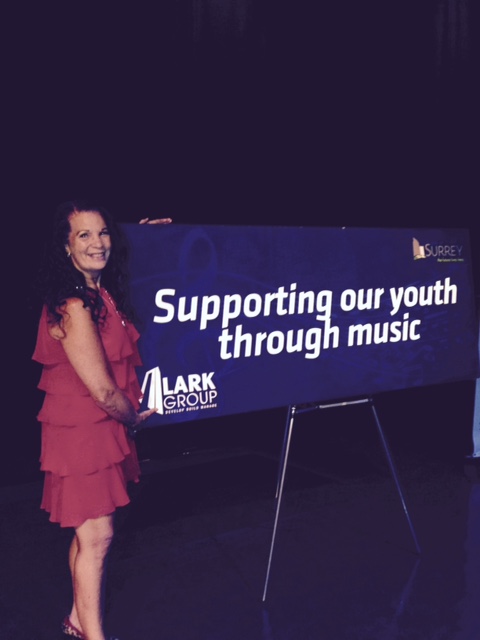 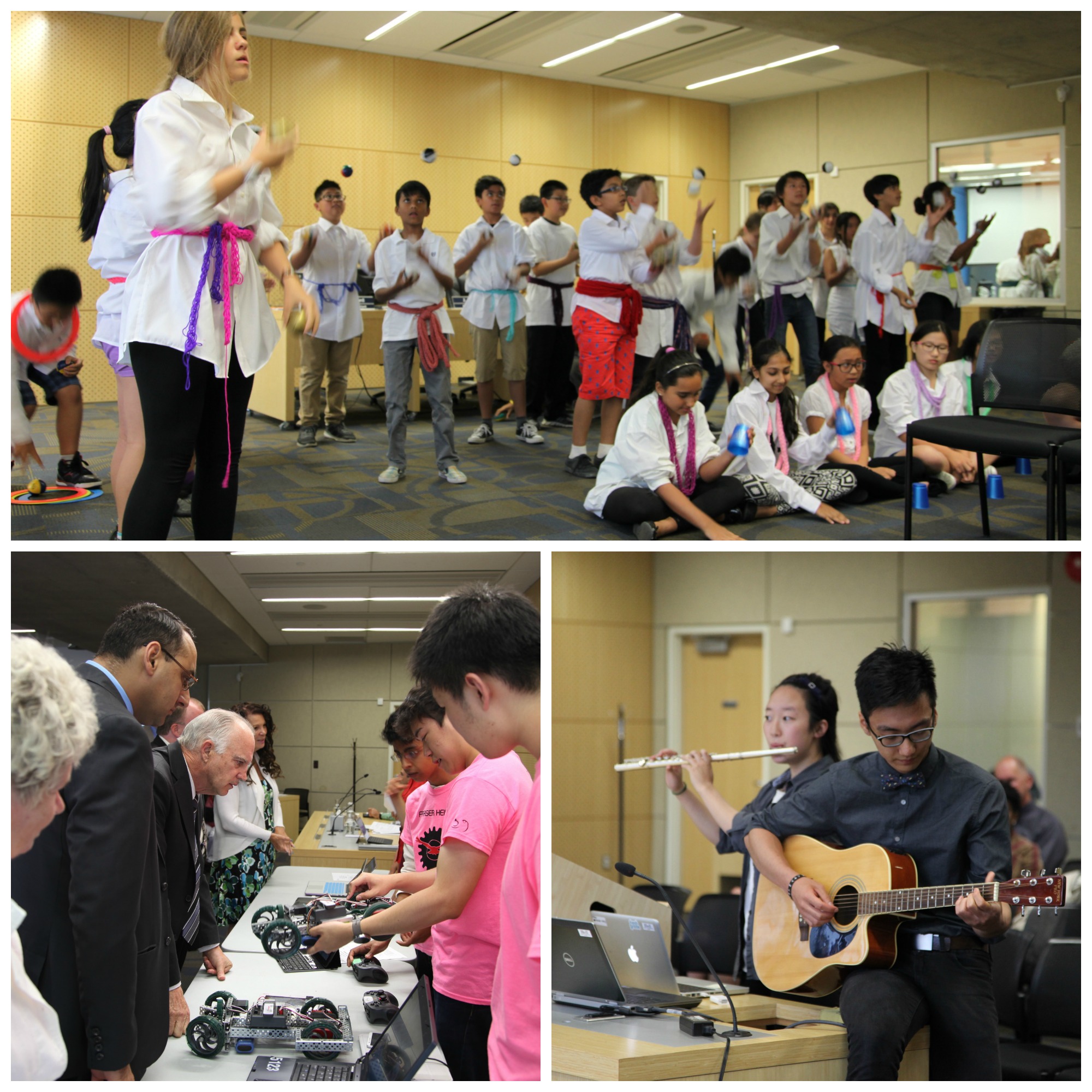 At the last Board of Education meeting of the 2014/15 School Year, Trustees and staff had the priviledge of two student presentations.

Division 4 from Frost Road Elementary performed a juggling routine for the Board and explained what they have learned from the process of learning to juggle.

Students from the first graduating class of the Fraser Heights Science Academy presented their Capstone Projects to the Board. Pictured Leona Lu and Kevin Li presenting their project Sounds of Math. 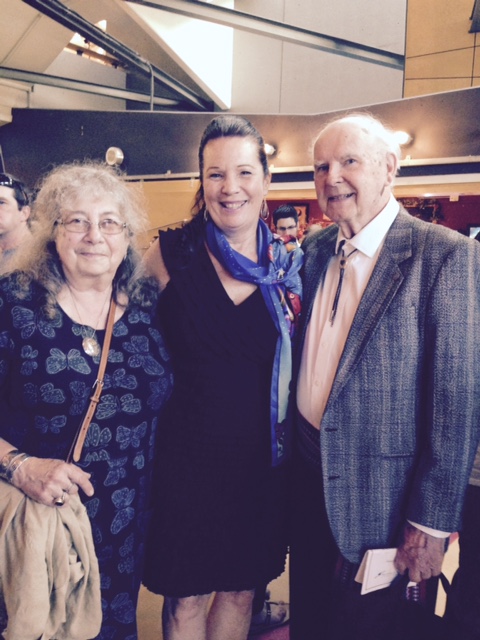 Trustee Laurie Larsen (centre) pictured with a member of the Aboriginal Advisory Committee and an Aboriginal Elder, taken at the Aboriginal Honouring Ceremony, held Thursday, June 4, 2015 at the Bell Centre. 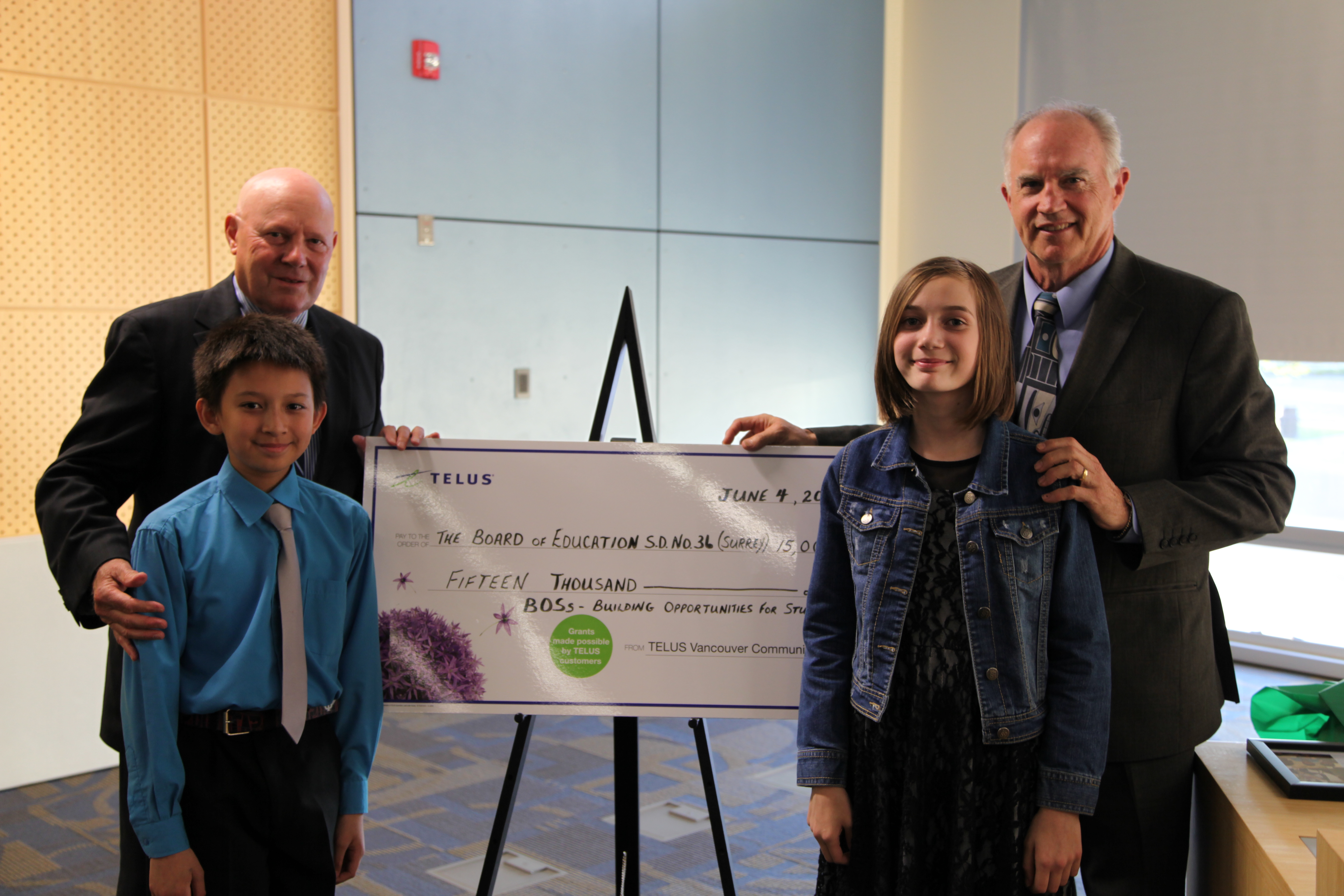 TELUS attended the Board of Education meeting on Thursday, June 4 to present a cheque to the Board to support the "BOS" Program at Mary Jane Shannon Elementary School. 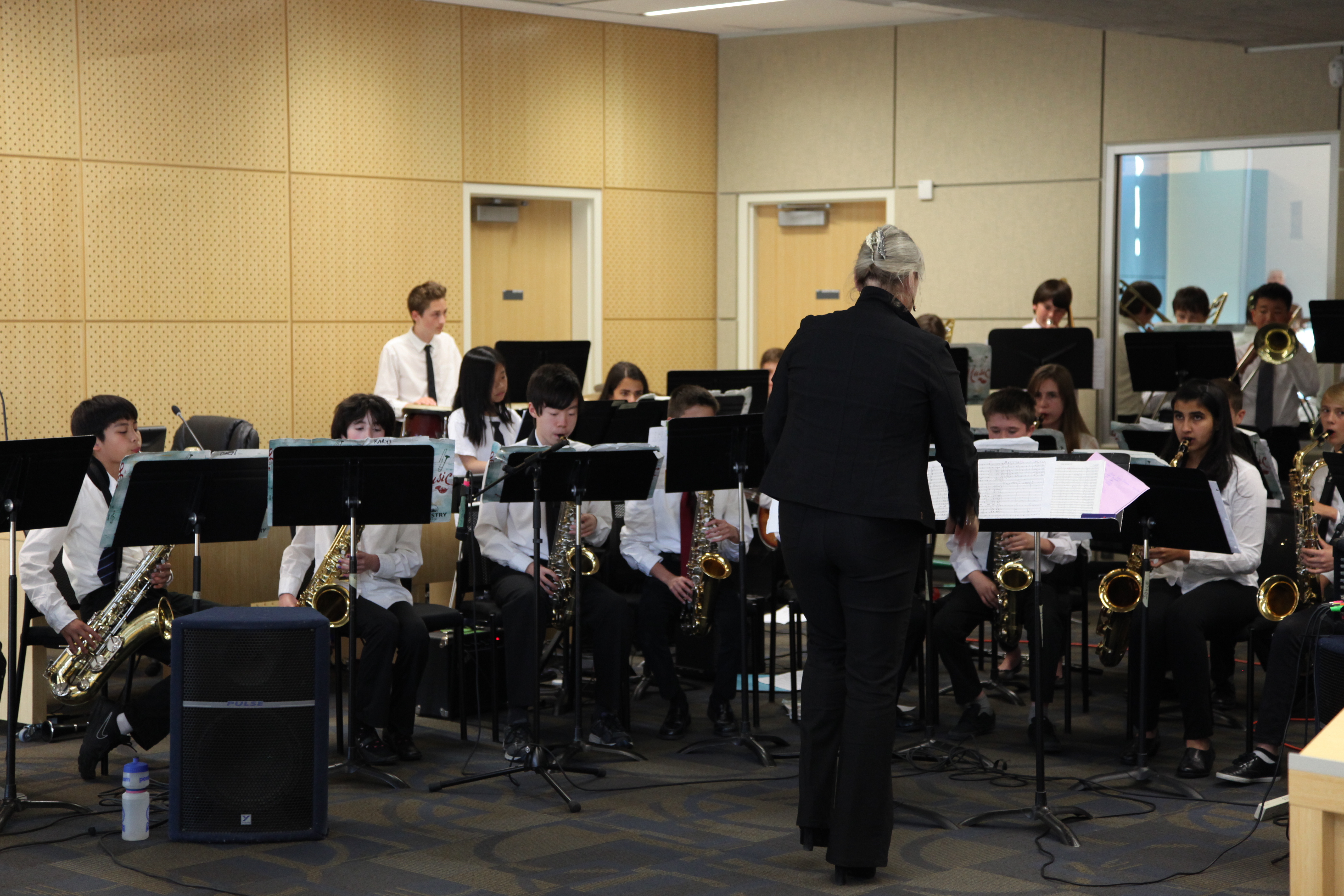 Sunnyside Jazz Band came to the Board Meeting on Thursday, June 4, performing "O Canada" and three songs for the Board of Education. 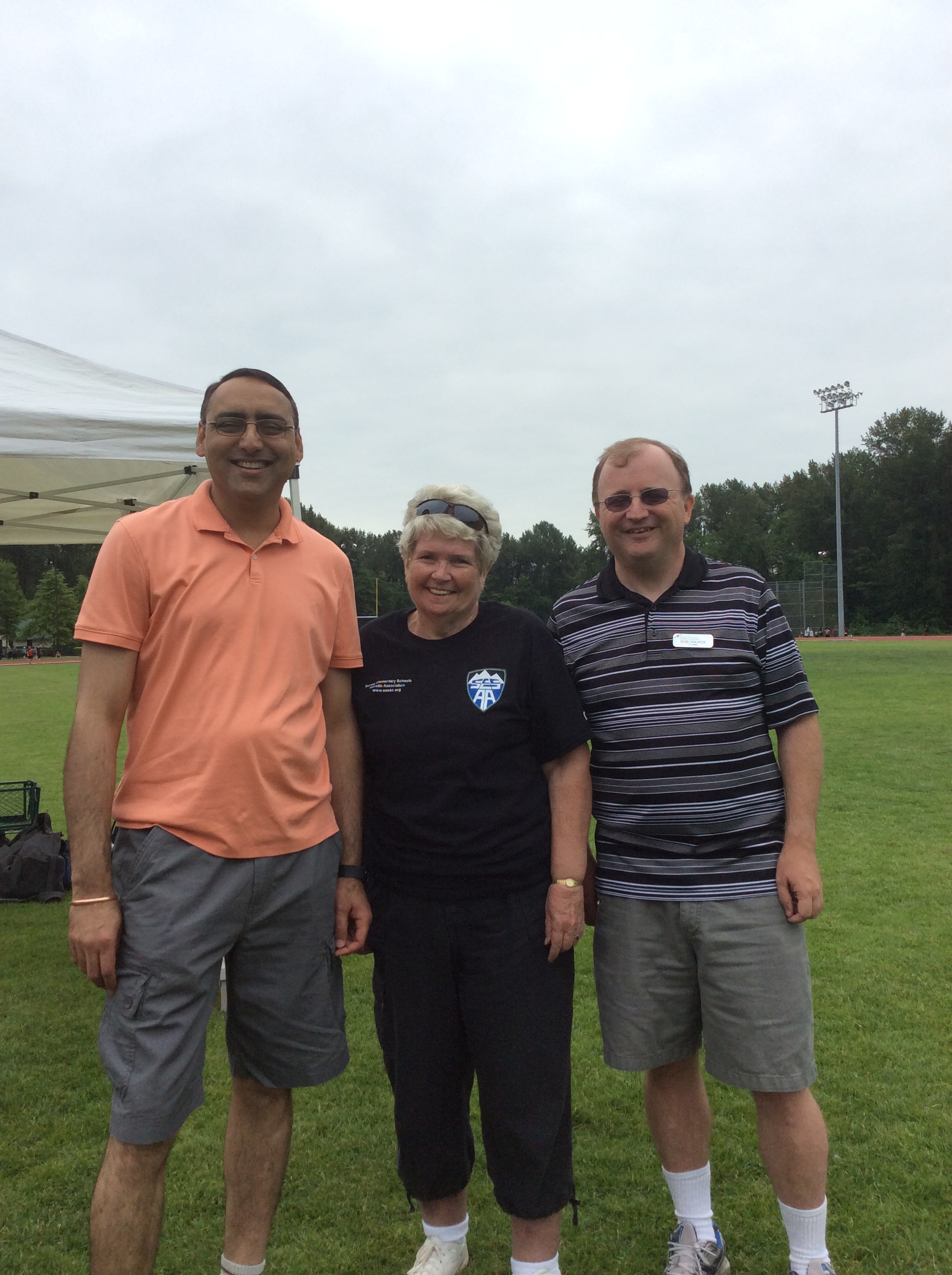 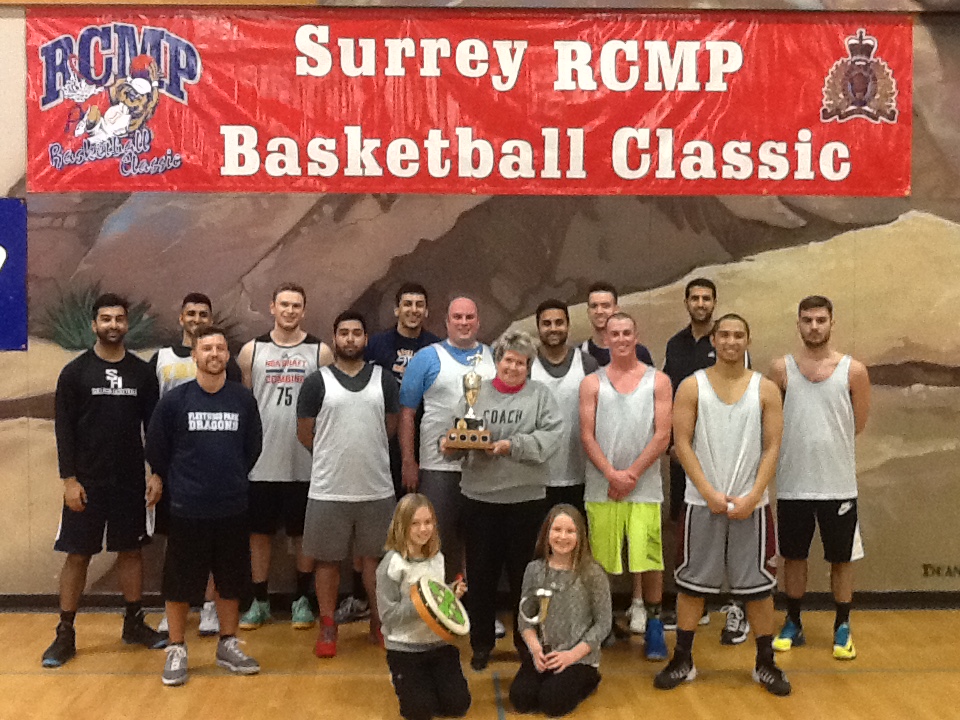 Trustee McNally coaching a team during the RCMP Basketball Tournament held at schools across the district. The team was victorious against the RCMP, winning by a score of 65-50.

The Cobb County School District is committed to parent, family and community engagement, and it is our hope that by providing this tool on our website that we are making our information more accessible to families whose first language is not English and thereby enabling better engagement in public education.